I have one web application written in go and need to deploy it as a service in Ubuntu server, say the name of the app is hello.
Copy the app to some directory in the server (e.g. /app directory, so the application binary is /app/hello)
Create an upstart script (e.g. hello.conf) and place it in /etc/init.
We run the binary using the following line:


To send the stdout and stderr of the application to a log file (e.g. /logs/app/hello/hello.log), we can edit the start-stop-daemon command line:

25137ms : Time since program start
gomaxprocs=1: Gomaxprocs is the current value of GOMAXPROCS. The GOMAXPROCS variable limits the number of operating system threads that can execute user-level Go code simultaneously. Starting with Go 1.5, GOMAXPROCS is set to number of CPUs available by default.
idleprocs=0: Number of processors that are not busy. So here 0 processors are idle.
threads=4: Number of threads that the runtime is managing.
spinningthreads=0: Number of spinning threads.
idlethreads=1: Number of threads that are not busy. 1 thread is idle and (3 are running).
runqueue=2: Runqueue is the length of global queue with runnable goroutines.
[98]: Number of goroutines in the local run queue. For a machine with multiple processors we can see multiple values for each processor e.g. [2 2 2 3].
The init script is available here https://github.com/pranabsharma/scripts/blob/master/initScripts/Go/hello.conf

Posted by Pranab Sharma at 20:39 No comments:

Many times for some testing we need to start a MongoDB sharded cluster. It is very tedious to manually starting all the config servers, shards and mongos. I wrote a shell script which creates the test sharded MongoSB cluster in a single machine. The script is available in my github account https://github.com/pranabsharma/scripts/blob/master/mongodb/create_shard.sh
Posted by Pranab Sharma at 12:47 No comments:

I have a test kubernetes cluster with 1 master and 2 nodes, running on coreos. I have Kubernetes DNS service running in the cluster and also some test pods in the cluster. I faced a strange problem, in some containers DNS was getting resolved and in some containers it was not. Checking the containers where DNS was not getting resolved, I found that these containers unable to connect the DNS pod. While checking the IPs of the pods using kubectl command, I found that even two pods are having the same IPs but they were running on different nodes, which is quite not possible in a Kubernetes cluster. So definitely there was network misconfiguration in the cluster. The pods were getting IPs which are not from the flannel service IP range, but IPs were from local docker IP range 172.17.0.0. So clearly docker is not picking up the IP range from flannel service.
Investigating the issue, I found that etcd master was not in proper start sequence and was listening to the localhost interface not on the Ethernet interface. Because of that the client etcd services on each node were unable to connect to the master etcd. As a result flannel service also error out and not started on each node.
When flannel service starts properly it creates a file /run/flannel/flannel_docker_opts.env. This file contains the host system’s docker0 network interface IP (bridge IP)
DOCKER_OPT_BIP="--bip=10.244.10.1/24"
When docker starts it reads the file
EnvironmentFile=-/run/flannel/flannel_docker_opts.env
and loads the environment variables of the file /run/flannel/flannel_docker_opts.env and configures itself accordingly.
When flannel service does not start properly, the environment variables required to start docker are not added to the file /run/flannel/flannel_docker_opts.env. Because of that the docker service was getting with the default bip 172.17.0.1.
To resolve the issue, changes were made on the master node, so that etcd master starts properly. In my cloud config file /var/lib/coreos-install/user_data I added one unit to restart the etcd service once my static network interface is configured.
- name: etcd2.service
command: restart
Now after booting, etcd was properly listening on my static IP.
Also I have edited docker service to start after the flannel service
systemctl edit docker.service

After restarting everything, docker service starts picking up the bridge IP from flannel service. 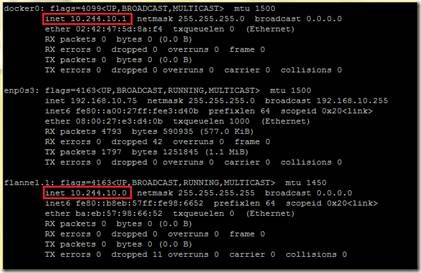 Checklist:
1. Use ifconfig and check if flannel and docker interface IPs are in sync.
2. Check the IP subnet ranges in etcd and whether each flannel node using the correct subnet
curl http://127.0.0.1:2379/v2/keys/coreos.com/network/subnets.
3. Check the IPs of the pods.

To view the current log verbosity levels, use the db.getLogComponents() method.
In the below mongod instance, the verbosity is 0 (default informational level). Here we can see that the verbosity of individual components are -1, this means the component inherits the log level of its parent. 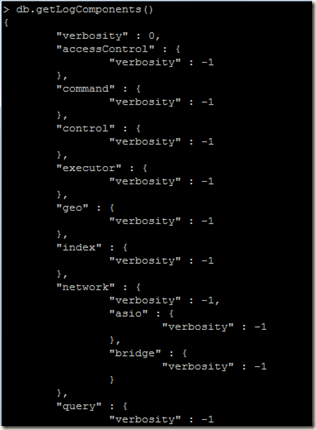 We can configure global verbosity level using: the systemLog.verbosity settings

Also we can change verbosity level of an individual log component using the systemLog.component.<name>.verbosity setting for that component.

For example we are changing the verbosity level of network component to 0.
systemLog.component.network.verbosity 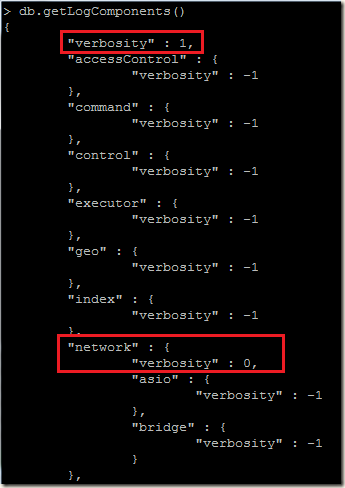 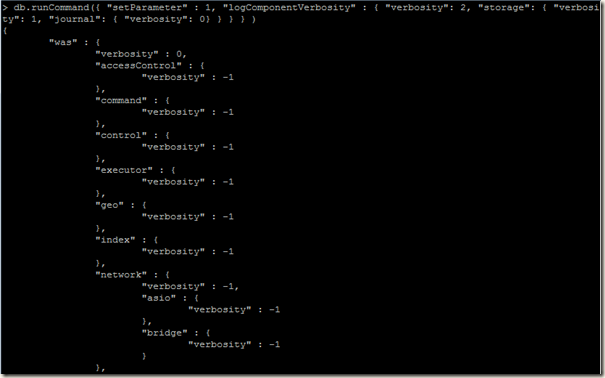 We can use the db.setLogLevel() method to update a single component’s log level.
Example:

Posted by Pranab Sharma at 12:12 No comments:

The default chunk size in a shared cluster is 64MB. If we want to change it to a smaller/larger size (the allowed range of the chunk size is between 1 and 1024 MB):

This method works only when you initialize the cluster for the first time. After the cluster is initialized, this method will not change the chunk size of the cluster.
Start the mongos with sharding.chunkSize (using config file) or --chunkSize (command line option) and set this option to desired chunk size value.
Posted by Pranab Sharma at 12:26 No comments:

How to change resource limit of a running docker container dynamically

Say we are running a docker container constraining it’s resource usage. After some time we discovered that the container needs more resource and we have to relax the resource limit for that container without stopping that container.
I am writing two methods for changing the resource limit of a container.
For example we are running a container with a memory limit of 128MB
docker run -it -m 128m ubuntu /bin/bash
You can find all the information about the memory under /sys/fs/cgroup/memory/docker/<full container id>
We can get the full Container ID by running the docker ps command with --no-trunc option.
docker ps --no-trunc

We can check the memory utilization by the container using the docker stats command:
# docker stats b2bebfd78782

Again we will check the memory utilization:

Yes, we can see that the memory limit has been increased to 1G
This change is temporary and once the container is restarted, it takes whatever memory setting was specified while container was created.

Posted by Pranab Sharma at 23:04 No comments: 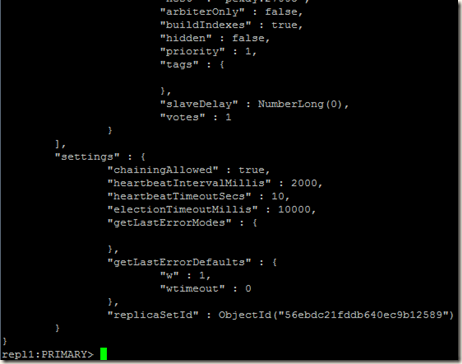 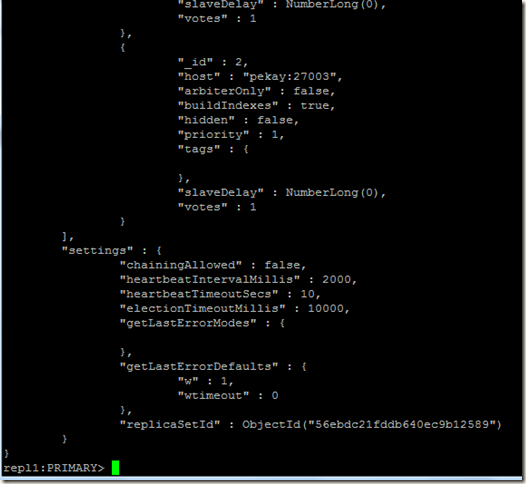 Posted by Pranab Sharma at 10:06 No comments:

Sometimes we need to encrypt a shell script for security reasons, for example if the script contains some sensitive information like password etc.
For this task I am going to use the shc tool (http://www.datsi.fi.upm.es/~frosal/sources/shc.html) to convert my text shell script file into a binary file . Download the source code of shc tool from the link http://www.datsi.fi.upm.es/~frosal/sources/ and extract the GZIP compressed tar archive file. Here I am going to use the 3.8.9 version.
Note: I used Ubuntu 14.04 for this example.
If make is not installed, then install make
# apt-get install make
Go inside the shc-3.8.9 source folder.
# cd shc-3.8.9
# make

If installation fails with directory not found error, create the /usr/local/man/man1 directory and run the command again.

Now we have our binary shell script, the contents of this file can not be easily seen as it is a binary file.

Making a pen drive read only is very device specific. It is mainly dependent on the Pen drive chip and manufacturer.
I was successful in making a Transcend JetFlash 8GB pen drive write protected. 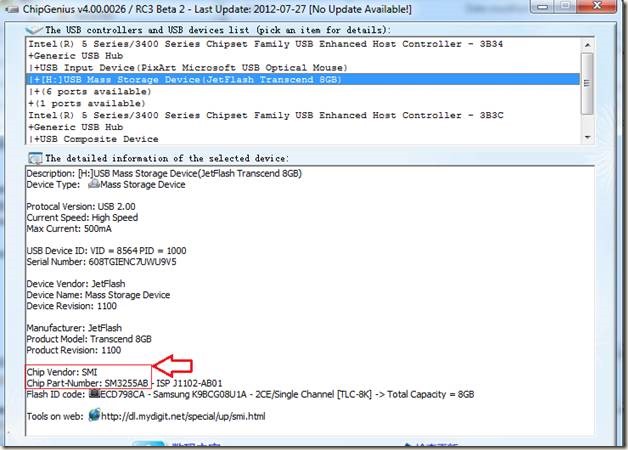 Once I have the details of the Pen Drive chip I can look for specific tool for that Pen drive.
If the USB Pen drive has a Silicon Motion Inc. (SMI) controller inside it, then we can use the SMI utilities to alter some of the settings of the pen drive.
Luckily I found one link, where the author had already compiled a list of SMI tools
http://usb-fix.blogspot.in/p/smi.html
I searched tools for my pen drive chip SM3255AB in this blog. From this blog I was able to find a tool SMI ReFixInfo 1.0.0.1 which allows me to make my Pen drive write protected. I downloaded that file from the URL http://flashboot.ru/files/file/244/
The file I downloaded is SMI_ReFixInfo_1_0_0_1.7z. After downloading I extracted and run the executable SMI_ReFixInfo.exe
Once the pen drive is detected by the tool, we can change the various properties of the pen drive. 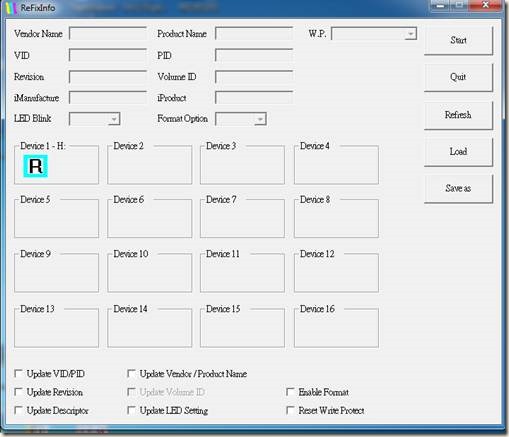 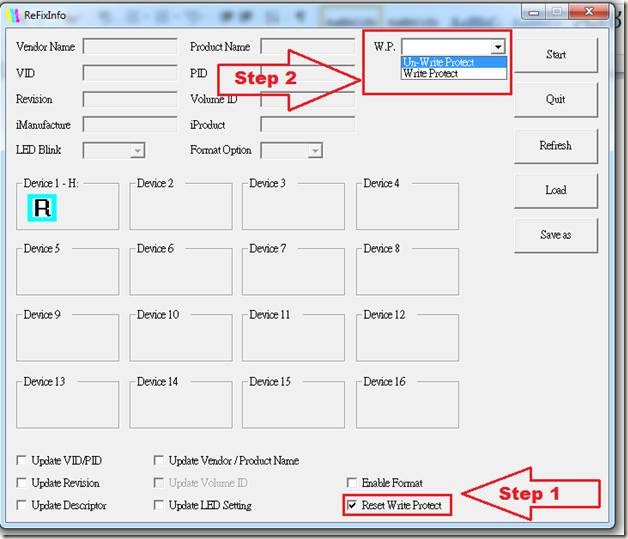 Once the required option is selected, click Start button to save the settings.
If the change is successfully saved, we can see the PASS message 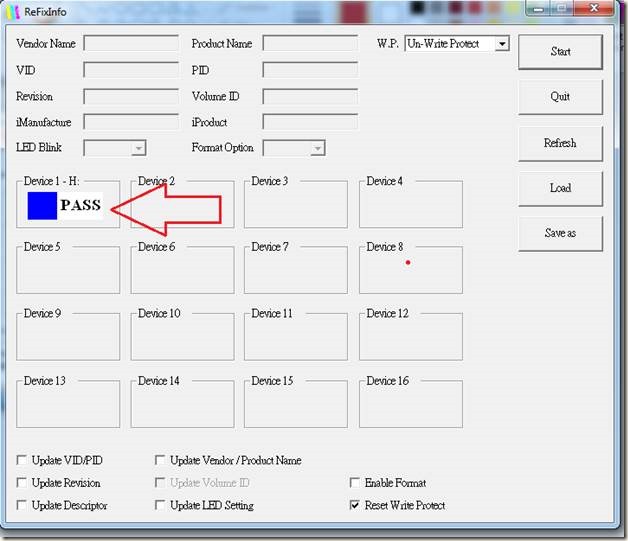 Sometimes we may have to remove the Pen drive and connect again to see the new settings.
Now if we try to copy something to the Pen Drive, we will see the following message: 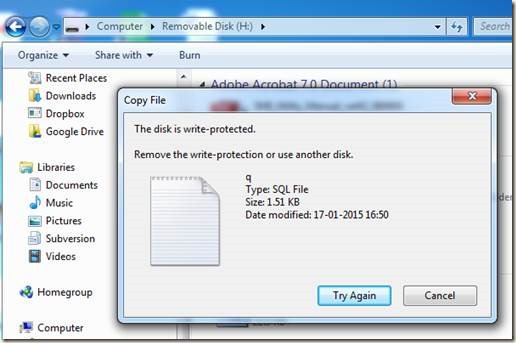 If I try to delete some file from the pen drive… Ooopppsss there is no delete option. If we press the Delete key also, nothing will happen. 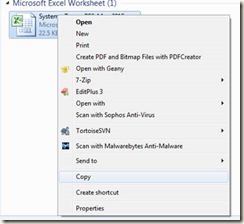